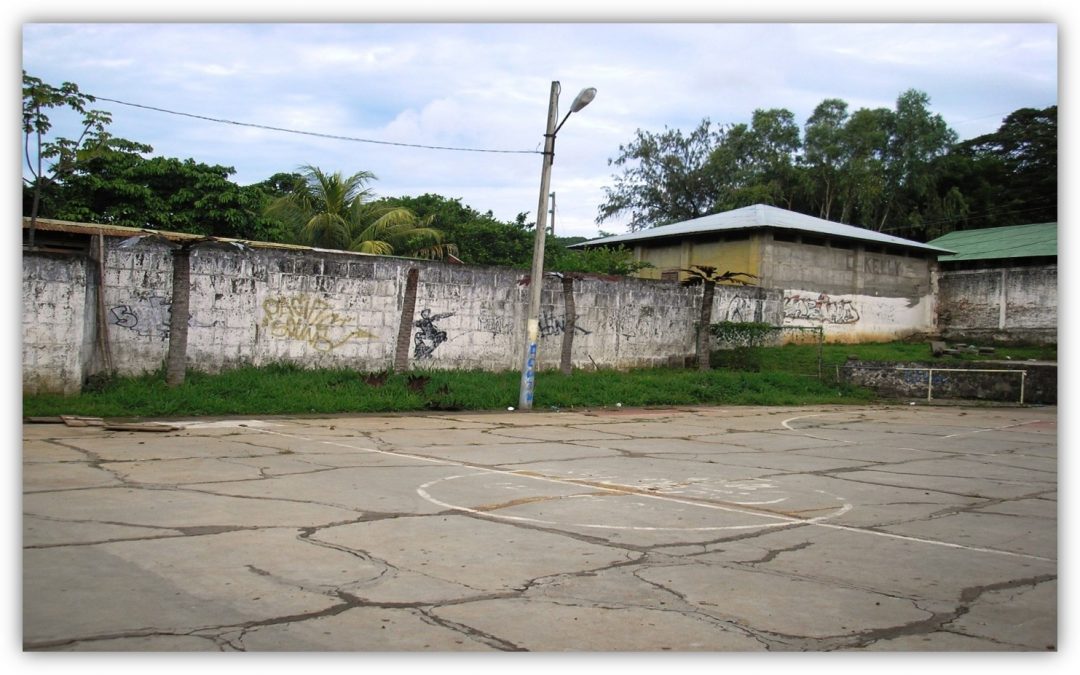 Jon Thompson first visited San Juan del Sur in 1998 while on a 6-month road trip through Central America with two friends. The traveling trio had just spent 2 months in Mexico and 2 months in Guatemala. Jon had grown fond of surfing but enjoyed walking the streets and practicing his Spanish even more. After a choppy conversation in broken Spanish, one shop owner told Jon, “I’d like for you to meet my son. He plays basketball too and can take you to the court this afternoon.” 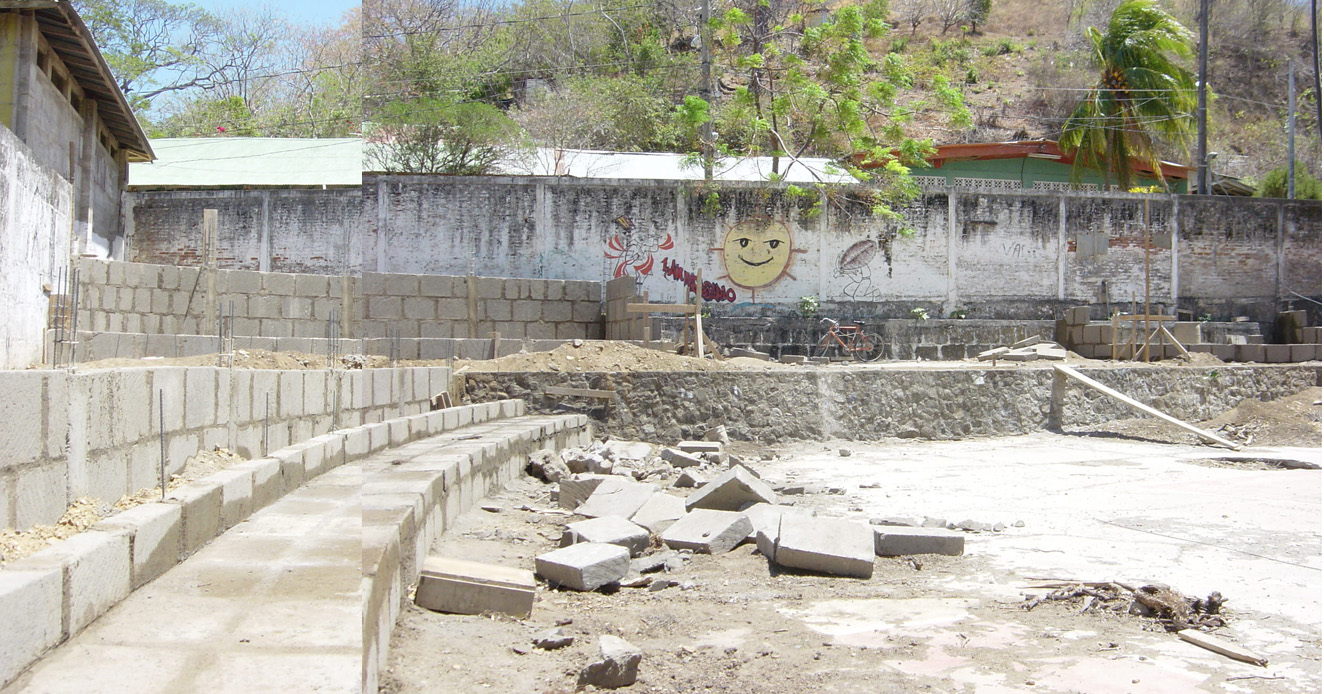 And so began Jon’s long history in Nicaragua. He would visit San Juan del Sur often over the next four years, to visit his girlfriend and to play basketball with his local friends. He noticed that after the town party on Saturday nights, there would often be broken glass and trash on the court until preparations for the next party began in earnest. Since there were no lights, the older players monopolized the court until dark while the younger kids would sit on the sidelines and watch.

Jon married his girlfriend from San Juan del Sur in 2002 and moved to live in Nicaragua with her in 2005. The court had not changed since he first arrived seven years prior. Before Comunidad Connect was even registered as a non-profit, Jon had already begun to design and fundraise for a complete renovation of the basketball court everyone there called “La Integral”. A family foundation in the USA provided the majority of the funding, the mayor’s office installed lights, and an NBA veteran who lived in San Juan del Sur donated the backboards. Jon’s growing network included construction experts and artists who helped with technical advice, renderings, and murals that eventually covered the interior walls of what became known as the “San Juan del Sur Sports Park. 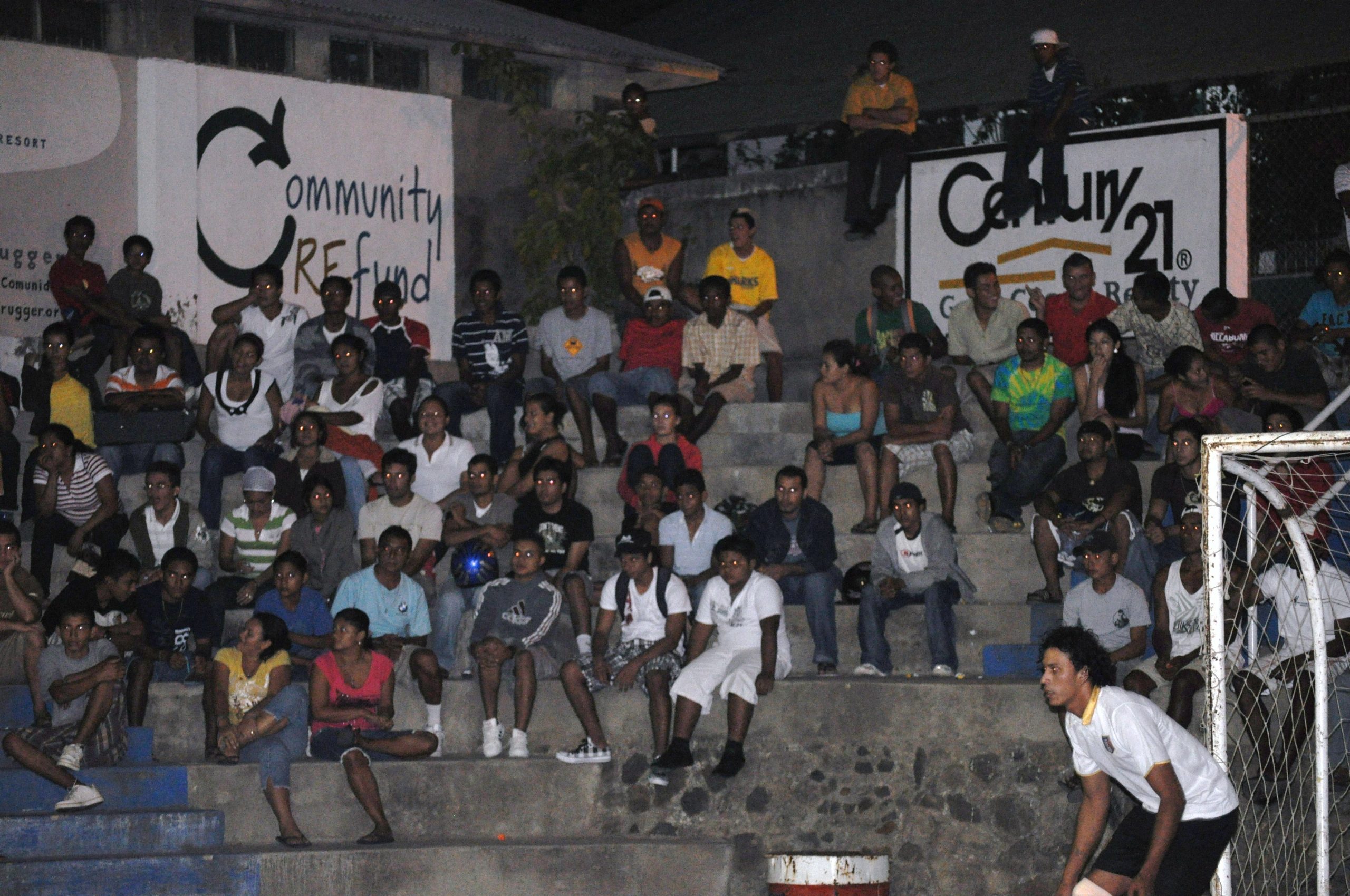 The Sports Park was originally a tennis court adjacent to what was the National Guard’s social club in San Juan del Sur. After the Sandinista revolution in 1979, these social clubs found throughout Nicaragua became centers for cultural promotion. Young people learned the cultural traditions of Nicaragua through dance and music. The tennis court became the basketball court that Jon renovated in 2006 with public seating, bathrooms, lighting, new playing surfaces and goals, an office and concession stand.

That same year, Jon hired Alejandro Noguera to manage the sports programs that he envisioned for the newly renovated sports park. Alejandro had recently retired from professional baseball, graduated from college and was looking to give back to his community of San Juan del Sur. Jon and Alejandro shared a passion for sports and San Juan del Sur, and they were immediately inundated with interest from the town. 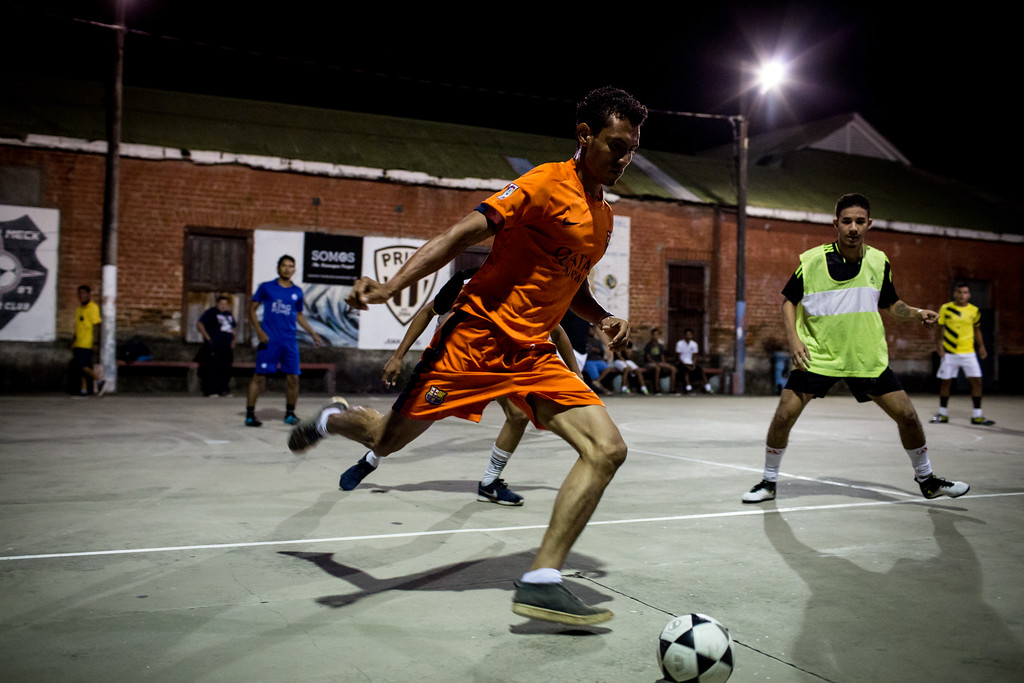 The sports park was inaugurated with the town’s first-ever “futbol sala” (futsal) league. There were over a hundred players in that first league, and throngs of spectators came to every match. Local businesses began to sponsor teams with uniforms and equipment. PE Teachers from the local schools were hired as referees and scorekeepers. Vendors sold concessions, families came to watch their kids, and live announcers animated the Friday night matches. After soccer came basketball, then volleyball, then soccer again, and so on throughout every year since.

Comunidad Connect eventually added baseball to its youth sports program, and today there over 500 athletes participating year-round across all sports. Since 2006, an entire generation of San Juan del Sur (pop. 25,000) has grown up playing organized sports with Comunidad Connect – an opportunity that few of their peers have had in other towns across the country. 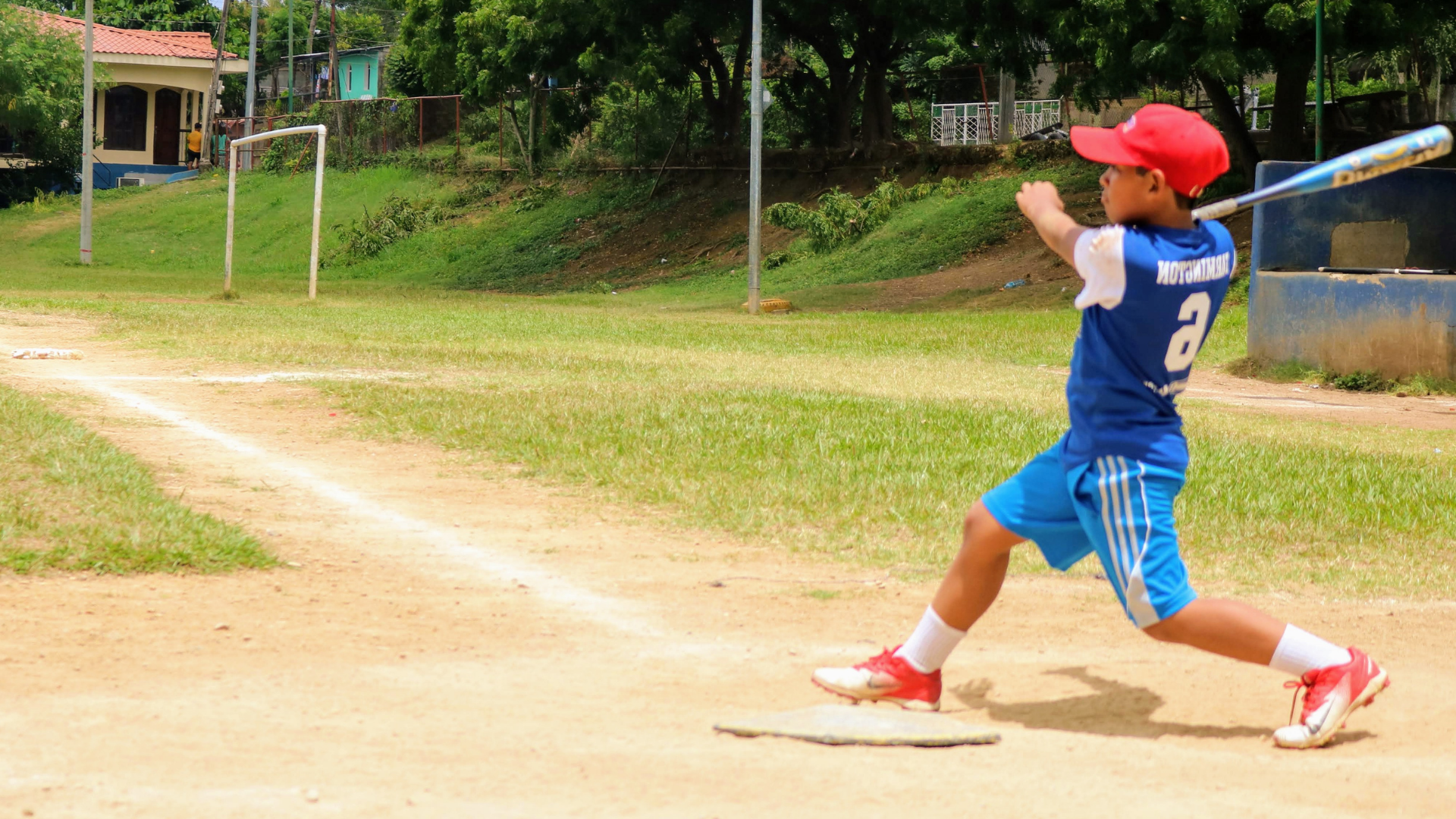