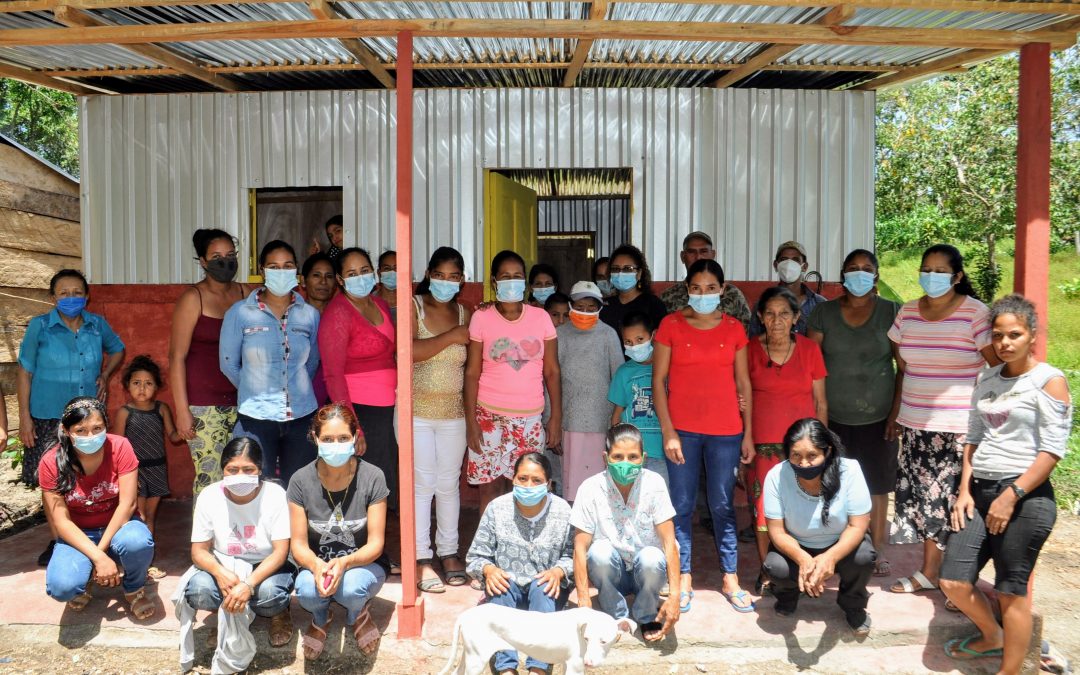 Yorlin Osorio is 9 years old and was born in the remote town of Wiwili, Nicaragua, 4 hours from the city of Jinotega. She moved to Los Robles with her grandparents and mother when she was 6 years old. Her grandfather was in need of steady employment after his only son was accidentally electrocuted at work. Yorlin’s mother, the only living child of her parents, has a diagnosed cognitive disability which limits her to manual labor.

After 3 years in Los Robles, Yorlin’s grandfather has yet to find steady work. His military pension keeps them fed, but they have been camping on borrowed property – exposed to the elements with only their few possessions. In 2019, Yorlin’s mother Nohemy learned about Comunidad Connect’s Homes For Good program and began volunteering on the construction sites of new homes in the community. Her hope was that one day, her family would have their own land where they could build a future for Yorlin. Thus, they continued to save what they could and look for potential land opportunities. In May of 2021, a good Samaritan agreed to sell the family a small plot on favorable terms, and a few months later, they made a formal request to Comunidad Connect for a new home.

Comunidad Connect’s network of support in the USA responded with the funds necessary to build Yorlin‘s family a new house in August 2021. They will not spend another rainy season in danger and exposed to the elements. They will safely sleep in warm beds on dry floors, with a door that locks. This week, we will share recently recorded footage of Yorlin and her family before, during, and after their new home was built in Los Robles.