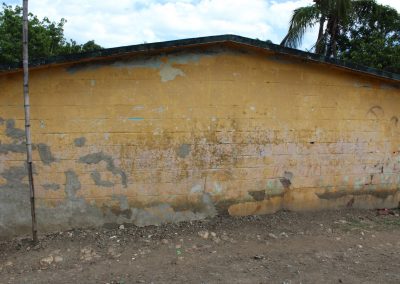 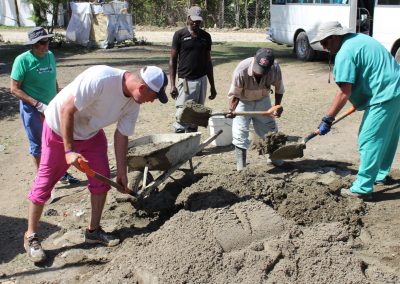 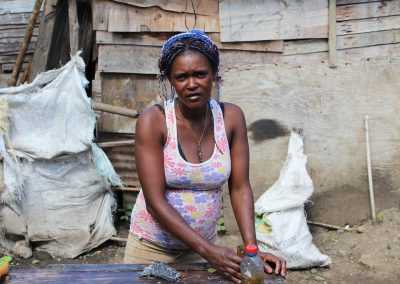 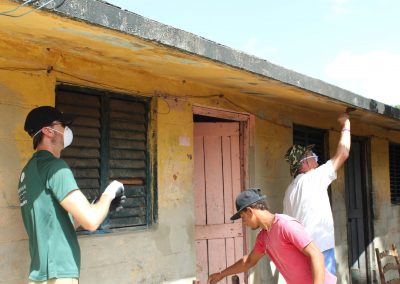 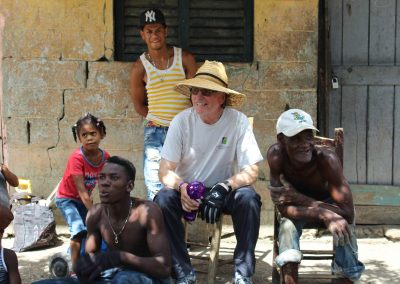 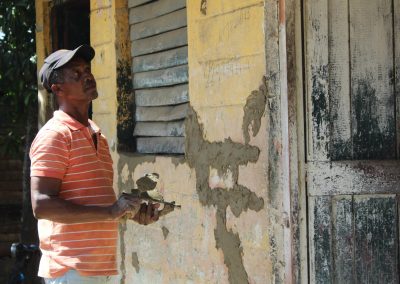 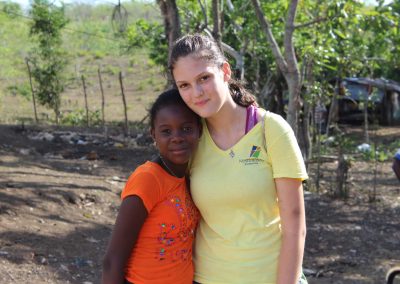 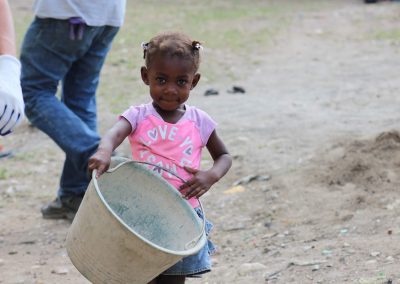 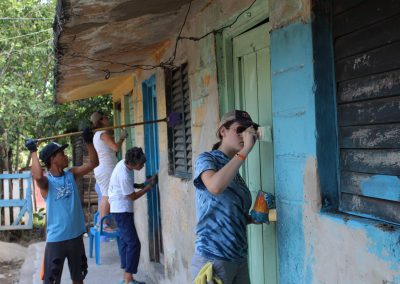 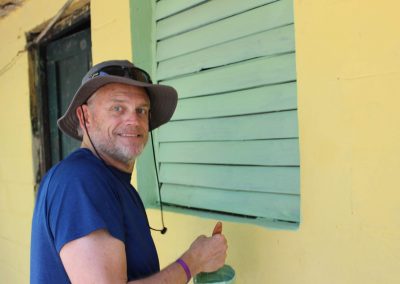 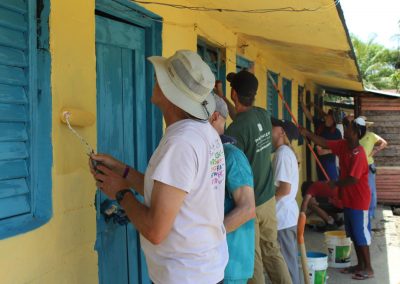 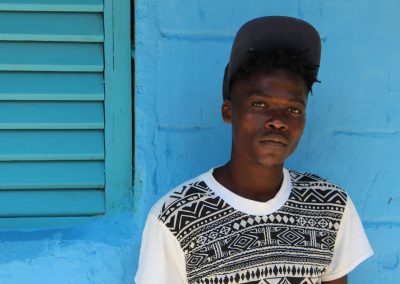 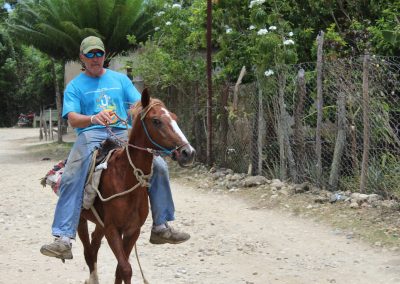 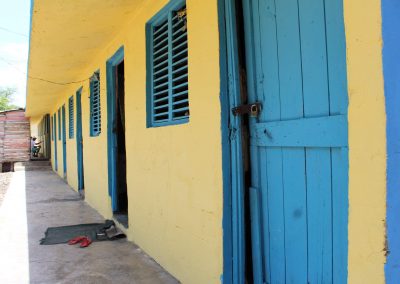 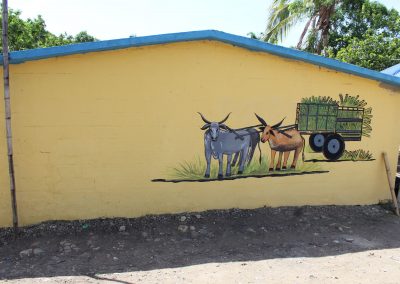 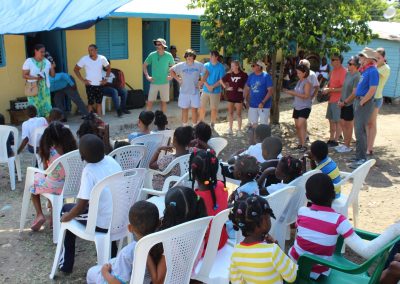 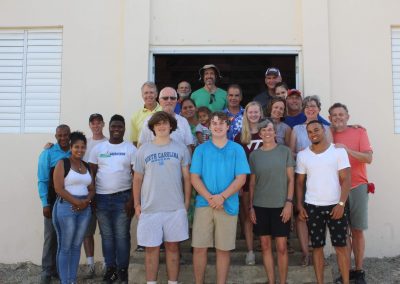 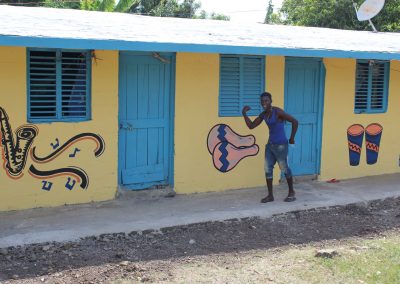 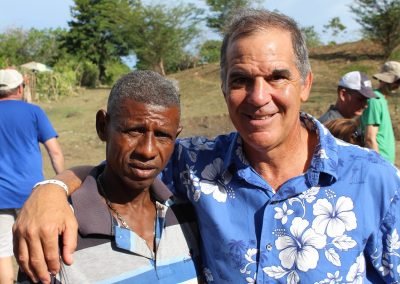 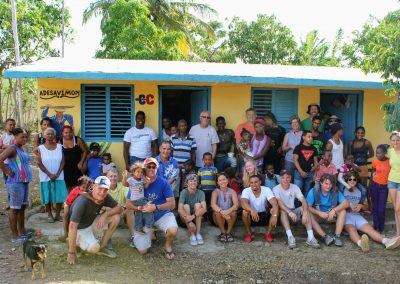 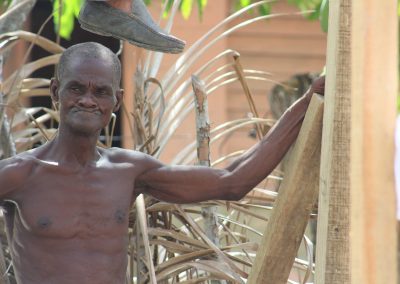 In a sense, today was a day of wrapping things up. The shower and latrines are open for business. The final coats of paint were applied to thirsty walls and a local artist painted murals resplendent against amarillo cinderblocks.
Lorenzo, a bare-chested boy, barely 17, spent the first two days a safe distance from us. But by late Tuesday afternoon he approached one of the community leaders and asked if he could paint. By today he was all in, painting and digging trenches with us like we were old friends.
But today was also about beginnings — between a church and community. Once separated by distance and language, I like to to think that Westminster and Severet are now connected through faith and hope.
Sensing our time in Severet was nearing an an end, Lorenzo showed us his appreciation by climbing a palm tree with a machete on his back. Within seconds he was three stories above us. Within a few more seconds the sky was raining coconuts.
We sipped the milk and feasted on the meat together. Thanksgiving in June with each group wondering who was more blessed.
We are connected now. There’s no going back. Today, after working through the morning, we visited with families in their homes. Tatu is the mother of four boys, two with muscular dystrophy. She quit her job to take care of both full time. Sisa is Severet’s unofficial matriarch. Her family — 13 grandchildren! — welcomed us in their shady front yard. Both are strong women who aak for even more strength to watch over their families.
Our pastor, Ernie Thompson, promised to include them in our church’s weekly prayer group starting next week. Tatu thought about the idea of perfect strangers in another country praying for her family and smiled. “Gracias,” she said. Oh, gracias.”
At VBS, Westminster’s teenagers acted like children themselves. There was plenty of singing and dancing and running and, of course, soccer. When it was time to leave, Westminster’s team gathered around the bus and said goodbye. Then they boarded, but very slowly. It is like that when friends leave town.
Tomorrow there will be a fiesta in Serevet. Piñatas will be busted and music will be blasted to celebrate a community and a church, strangers a week ago, now connected forever.
We can’t wait.