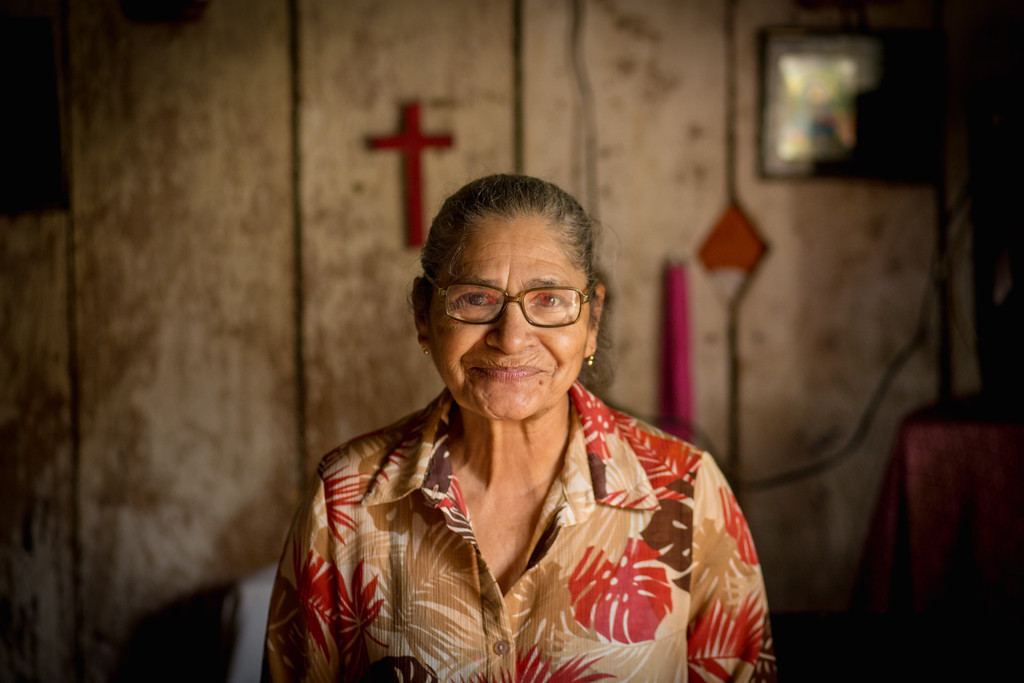 Deisy Gonzalez, 71, is one of the longest-serving Brigadistas in Los Robles.

In a continuation of recognizing the Brigidistas of Los Robles, We sat down with founding member, Deisy Gonzalez to learn more about her life and how volunteers and donors support her community.

“Life’s a book; whether long or short, it’s our job to make it good story.” For the founding Brigadistas of Los Robles, this is exactly what they have done. Having lived through years of conflict and hardship, getting to know these women leaves one inspired. For through it all, they have become entrepreneurs, health volunteers, and pillars of their community.

The community of Los Robles has undergone many changes in the 54 years Deisy has lived there. In 1964, (before the man-made lake) the first community census was conducted revealing 45 homes. With this data, the women who would later become the Brigadistas made plans to construct the first formal elementary school with three teachers.

These women organized and began teaching knitting, sewing, embroidery, and gardening. In a pleasant memory of elementary school days, the mothers also created a rotating system of making the daily snack for the school children. In 1965, they established “Club de Damas de Casa”, or Ladies of the Home Club, where they began to formally train each other in health education and agriculture. Originally only intended to support those in Los Robles, mothers from other communities began arriving asking to be trained.

During the Nicaraguan Revolution, there was a serious problem with mosquitos, with many people becoming sick and dying from malaria in Los Robles. Consequently, this tight-knit community produced over 100 health volunteers to help take blood-samples, treat the sick, and support fumigation efforts. From this episode, the “Brigadistas” as we know them today were formed.

The current network of Brigadistas still contains members of the original group, although many have sadly passed away. However, the new generation brings with them innovative ideas, perspectives, and speed of mobilization with access to vehicles instead of only by foot. The Brigadistas of Los Robles are a strong network of community leaders, meeting monthly with MINSA officials and Comunidad Connect Staff to discuss upcoming plans.

Although many challenges still face the community such as lack of education for youth and alcoholism, improvements have been made in recent years; for example, equipping the Brigadistas with first aid kits and training, increased involvement from the Ministry of Health (MINSA), adolescent pregnancy prevention initiatives, and collaboration with 130 health-focused volunteers in 2017 alone. Another milestone occurred in 2014 with the construction of the Los Robles Health Clinic. This project, funded and built by donors, volunteers and community members now serves Los Robles and surrounding communities. Deisy’s hope for Los Robles is one of optimism. With improved health, continued external support and a growing national economy, Los Robles is positioned for a successful future.

When asked if she enjoys volunteers who visit the community to help with health projects, Deisy responded with a smile, “Of course! And I would love to have more volunteers come train and support the work of the Brigadistas.”
If you would like to accept Doña Deisy invitation to visit Los Robles and meet the Brigadistas, contact info@comunidadconnect.org today!